WVCW’s origins began in 1968 in the basement of the Millheiser House as a carrier current AM radio station known as WJRB, which stood for James River Broadcasting. After a successful run as WJRB, the station changed its call letters in approximately 1977 to WVCW.

In 1976, WVCW was named one of the top college radio stations in the country by Billboard magazine (12/25/76 issue). WVCW continued on carrier current AM at both 820 AM and later 640 AM until the early 2000s. In 1991, the station relocated to the new T. Edward Temple building and began broadcasting on Continental Cable FM. The relationship with cable FM lasted for over a decade despite the difficulties of connecting to a cable FM station.

In 2001, WVCW began its next chapter as an Internet-only radio station, first broadcasting on WVCW.cc before moving to the WVCW.org site it uses today.

The station moved to Broad Street along with the other student media organizations with the creation of the VCU Student Media Center in 2005.

In 2015, WVCW began to simulcast its programming on WHAN through an arrangement with WTJU, owned by the University of Virginia, which operated the Ashland-based WHAN until 2017 WVCW broadcasts aired on WHAN from 6 pm to 1 am Monday – Thursday and from 9 pm to 1 am on Fridays. Upon the end of the agreement with WTJU/WHAN, WVCW returned to being an internet-exclusive radio station.

The station is available on the go and through Amazon Alexa and Google Home via TuneIn. 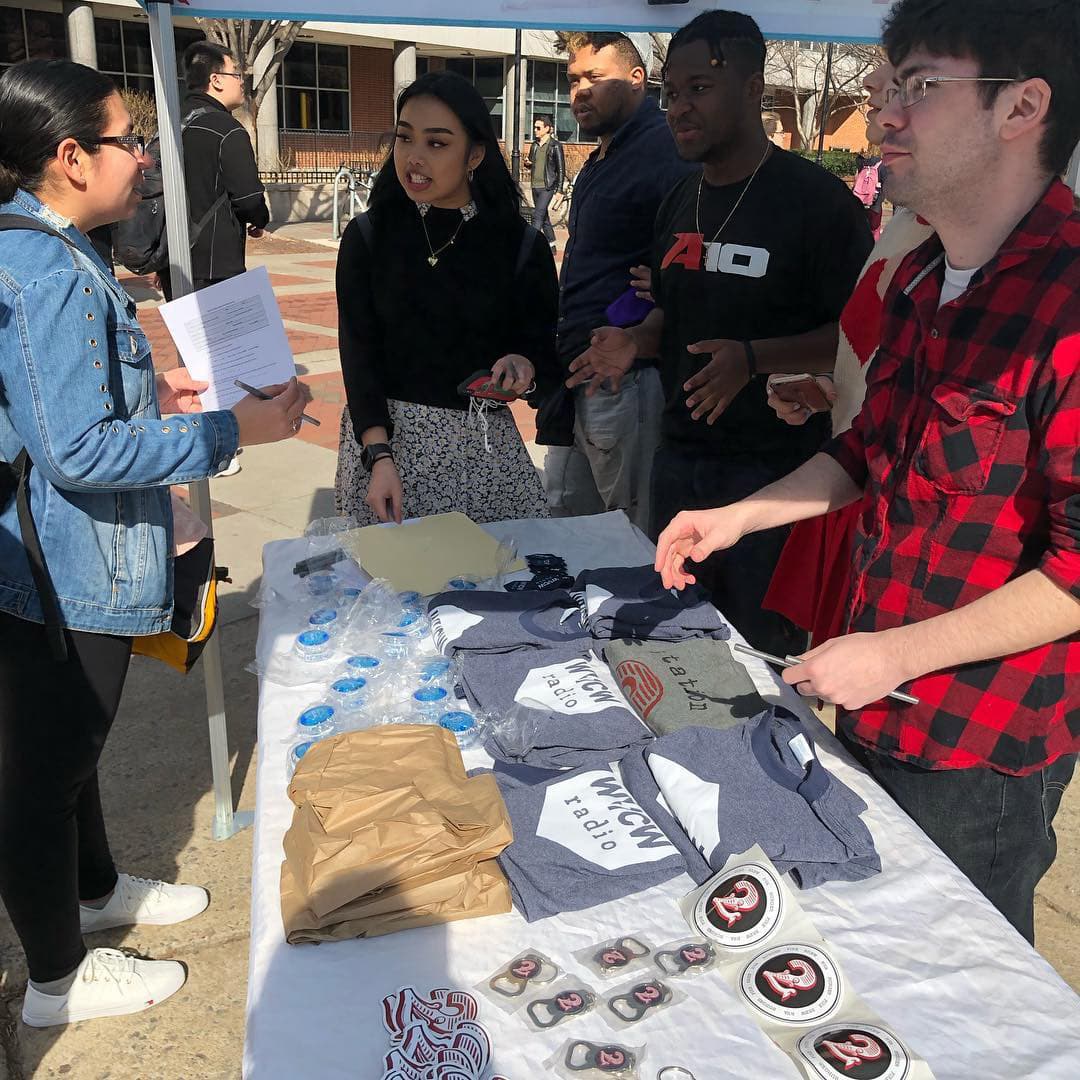 WVCW always has opportunities on-air, on their music, promotions and production teams, sports broadcasting, and podcast and video opportunities for their Chalkboard Sessions. All you have to do is send an email to hello@wvcw.org or fill out the volunteer form.